Gatuya Coffee Factory is located in a valley between two hills, near Kahuro town, in the Muranga District of the Central Province.

It was established in 1962 and is currently affiliated with the New Murarandia Farmers Coop Society.

The region is unusual in having a biennial production cycle: the main harvest takes place from October to December, and a smaller harvest from March to May. In most of the world (aside from Colombia’s diverse microclimates) a single annual harvest is typical.

Farmers in this region deliver their cherry to the factory (also known as a wetmill) where it is depulped, dry-fermented, washed and soaked using water pumped from the River Muriuriu to the reservoir tanks.

Parchment is then dried on raised tables (shown in the picture on this page) during which time it is frequently turned and constantly sorted by hand to remove any defects.

From farmer to coop to factory

Kenya’s coffee production is made up of smallholder coffee farms, large estates and small estates. There are over 700,000 smallholders who make up about 55% of the Kenya’s production.

Smallholders are organized in to cooperative societies, which act as umbrella organisations for the factories (also known as wetmills) where these producers deliver their coffee crops for processing.

There can be several factories in an area which farmers are free to choose to deliver their cherry. Due to the traditional auction system in Kenya, quality is rewarded with higher prices. Better factories attract more farmers by producing coffee that fetches the highest prices, in turn giving higher returns to the farmers.

The Gatuya factory where this coffee was processed is managed by Ephantus Gathungu and has eleven permanent staff working throughout the year, joined by extra casual staff during peak months.

The factory has recently invested in depulping equipment and is dedicated to environmental conservation, utilizing three waste water soak pits. 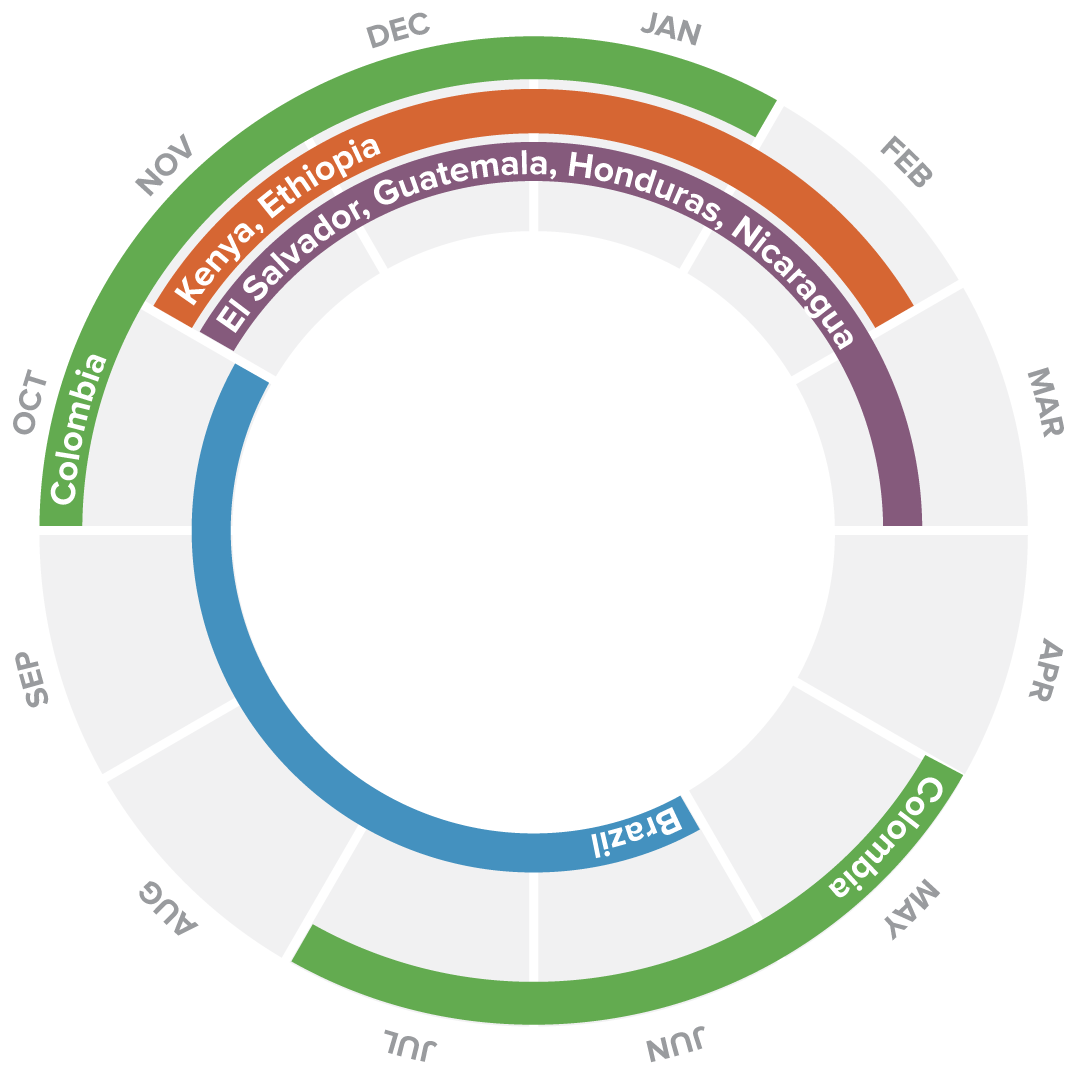 Like all farmed crops, coffee plants are affected by seasons and most countries have specific harvest periods where workers will travel through coffee regions picking coffee by hand. This seasonality means you'll see different countries come and go from cafes through the year, and it's also the reason coffee blends change through the year as fresh crops arrive.

At the moment we’re drinking lots of Colombian coffees because the Central and South American harvests are the latest harvests to reach Australia, with the new season Ethiopian and Kenyan coffee crops expected to hit our shores in June or July.

With this delivery we’re taking a break from the fresh Colombians and revisiting one of last year’s Kenyans that we’ve been drinking in the cafe that didn’t make it out to Brew Crew last year.

We hope you enjoy the Gatuya, and are joining with us in eagerly awaiting the arrival of the African harvests in the coming months.

What makes up Kenya Gatuya AA?

👌 crisp Sunday morning brew. Bit of orange flavour coming through as it cools down.

Flavours opened up a lot once it cooled down. Great rainy-day brew.