We’re back in Colombia for this delivery (and returning to a farm featured last year) with this lot from Finca La Esperanza (Hope).

Maria came to Gigante around ten years ago because of violence and conflicts elsewhere. Using savings and a bank loan, she bought La Esperanza farm in partnership with Elias and Isaias Lizcano. Elias is her father-in-law and he helps her to manage the farm and is in charge of all the quality inspections. 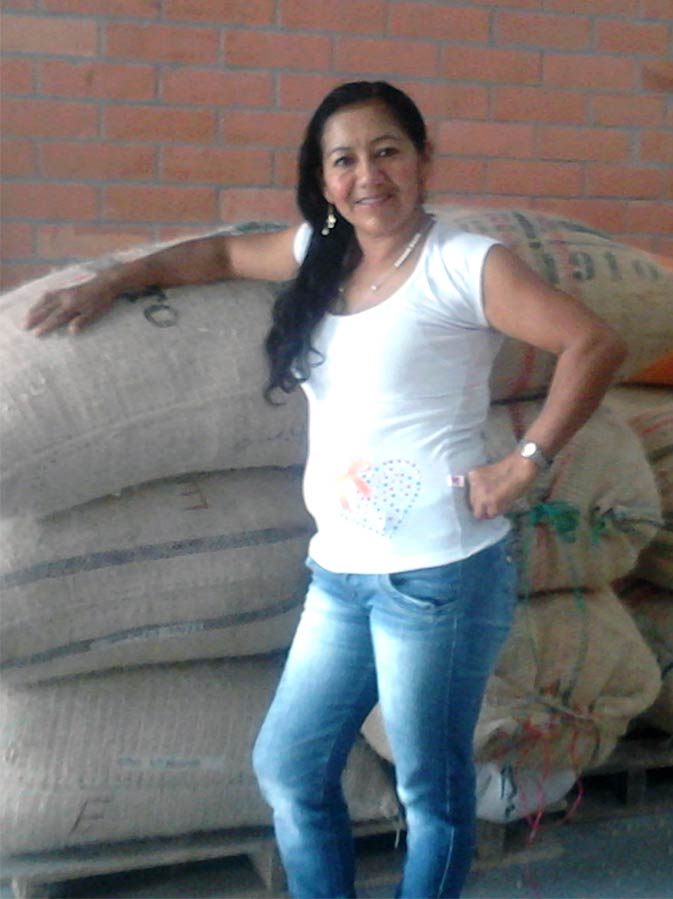 At 1,700 metres above sea-level, La Esperanza is a relatively high altitude crop and has a total area of around nine hectares.

Last year she produced around 1,100kg of AA, AA+, AAA, and now ML, a grade which recognises microlots of very high quality coffee.

La Esperanza sits 1,700 metres above sea-level and is around nine hectares. After this year’s pruning to prevent leaf rust and ensure healthy future crops, she has 1,600 caturra trees in production and 2,000 castillo trees.

For Maria, the move from commodity coffee to specialty coffee was a great way to improve her life: the money she has received has helped to pay some of her debts and also to better provide for her family. Before focusing on specialty coffee she says it was difficult to take care of her farm because of a lack of money, but she’s now able to fertilise and make all roya (leaf rust) controls on time, further improving the quality of her crop. 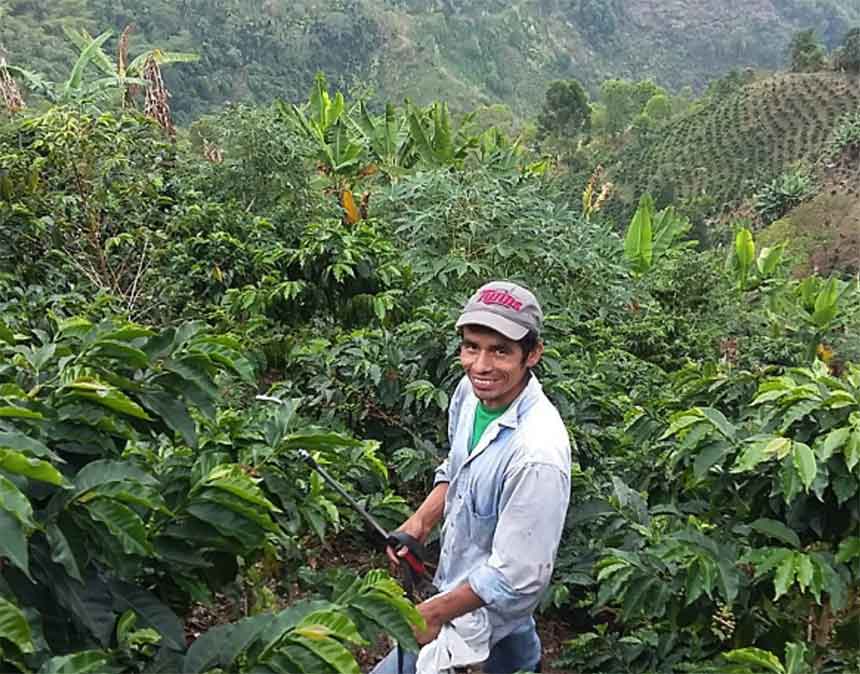 She’s proud to be producing specialty coffee and says she has learned a great deal. After studying the PECA education program run by our sourcing partners Caravela, Maria has better practices for managing the farm, with the higher quality crops being recognised by the market with much better prices.

Maria wants to improve in every lot she produces and hopes to continue having coffee that reaches ML (microlot) grades.

Castillo is a varietal that we usually see in a mixed lot Caturra such as this one.

Castillo is a more disease-resistant plant with much higher yields, created by Federación Nacional de Cafeteros de Colombia’s research arm CENICAFE as a hybrid of Caturra and Timor varietals, but which remains similar enough to Caturra to have a the same flavour profile.

Initial suspicions of Colombian farmers following its release in 2005, together with some poor-quality first crops earned Castillo a bad reputation.

Thanks to some very high-quality crops, this reputation is now being challenged, and we’re hopeful that the industry’s desire for flavour-rich, high-quality crops can be met with by a varietal that also gives farmers security against the coffee rust fungus.

The US Speciality Coffee Association has led blind sensory and cupping tests which showed Castillo and Caturra producing similar scores, though with slightly different flavours.

They found that the geographic location and farming techniques had a greater impact on score than the varietal:

For farmers choosing between Castillo and Caturra, what they choose to plant may have less impact on cup quality than where and how they grow it. The data from both the cupping panels at Intelligentsia and the sensory analysis at KSU show that cup scores are more strongly correlated with environment and management than with variety.

In other words, growers may do more to increase cup quality through more active soil and shade management, careful harvesting, and improved post-harvest practices than through the intentional selection of one of these varieties over another.

Some environments are simply better suited than others to produce high cup quality. The problem is that few growers know whether they are in one of those agroecological niches or not. We commonly use elevation as a proxy for quality potential, but are many other environmental variables that affect the suitability of a particular growing environment for high-quality coffee.

Castillo is named after the researcher Jamie Castillo, who helped develop the varietal in 2005 by Cenicafe, Colombia’s coffee research centre

The Huila region of Colombia

This region boasts the perfect combination of high quality soil and geography and is quickly becoming one of the largest coffee producing regions in Colombia. One of the best regarded regions for high quality, fruit driven coffee.